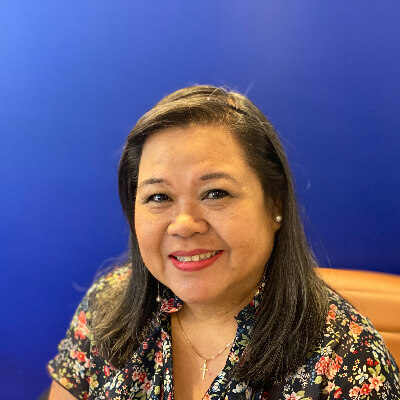 Evelyn was born to a family of eight in the Philippines. She moved to Canada under a work permit program and worked as a nanny for ten years, becoming an immigrant and then a Canadian citizen. Every weekend she volunteered at Baycrest Geriatric Hospital as part of the immigration program.

Evelyn attended night school at Albert Collegiate in Scarborough, went to Career Canada for a dental assistant course and consequently worked for a year in a dental office. She also worked in various places as a cashier and food order taker before finding her true passion for optometry in 1991.

During her free time, Evelyn loves trying out different pastry and cake recipes, and tending to her indoor house plants. She also loves cats, despite being allergic to them. Until four years ago, she lived on her own. Evelyn enjoys listening to classical and soft music, as well as photography, singing, and cooking new cuisine.